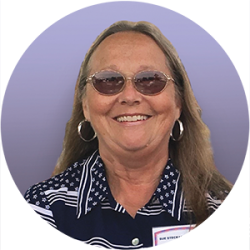 Author Sue Steckart Jarosh grew up in De Pere and Door County where she spent many summer days at the family cottage on Cave Point Road in Jacksonport. She attended St. Norbert College and graduated in 1967 with a degree in Elementary Education and began teaching first grade at Huntley School in Appleton, WI. There she met and married her husband, Joe Jarosh. Door County has always been a special place and in 1984 she and Joe purchased the old Bagnall Home on Hwy 57 in Jacksonport where they opened on August 1, 1984, as Jacksonport Craft Cottage Gifts. They operated the shop successfully for 31 years and sold it in the fall of 2015.

Sue retired as a shop owner and now had more time for another interest – writing! She and Joe had written the Jacksonport Column for the Door County Advocate for 20 years. She read many children’s books to her former students and more recently to her 4 grandchildren – twins, Abby & Anna, Madi and Camden Jarosh. She published her first children’s story, “Suzie’s Surprise,” in Highlights Magazine for Children and had always wanted to write and publish children’s books.

On retiring Sue decided to accept a position as a tour guide at Eagle Bluff Lighthouse Museum in Peninsula State Park. Sue’s first book, Door County’s Eagle Bluff “Lighthouse Mouse” was inspired by her work at the lighthouse and by her grandchildren.

Illustrations were taken from photographs by Sue Steckart Jarosh and were rendered digitally.